The new ToolMateTM SmartPhone jackets have been designed to fit almost any cell phone and its case while allowing full function of touch screens, forward/rear facing cameras, clear audio and fingerprint readers.   Don’t replace a dropped and broken cell phone, work safer today AND get the job done with the ToolMate Smartphone Jacket, available in two sizes.

The Smartphone Jacket has been designed to fit almost any regular sized smart phones and their cases while allowing full use of the device and its features.
The Smartphone Jacket and Jacket XL utilize a full-sized capacitive screen protector that allows normal use of all touch screen phone operations.

The transparent capacitive material wraps around from top to bottom allowing both forward and rear facing cameras to be used without obstruction regardless of the make of the phone. Openings in the back and bottom were engineered to allow for fingerprint readers to be used.

For those who use their phones to make calls while at work, the SmartPhone Jacket and Jacket XL were designed to increase safety while still allowing full clear audio. 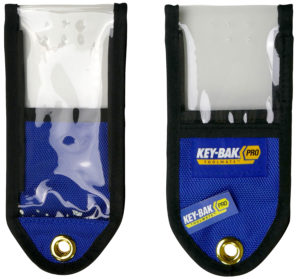 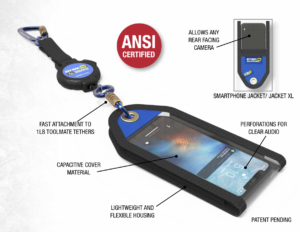 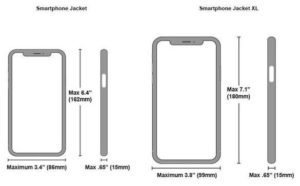 We offer a 12 month guarantee as standard on Securikey branded products. By registering the product you can extend this to 3 years.

In addition to our ISO 9001 certification, Securikey are also members of Master Locksmiths Association and ESSA. These organisations promote the highest standards within the security industry. The inclusion of the ‘AIS Approved’ logo reinforces the importance of the independent testing.